My Daddys Haven will be organizing a fundraising night this Saturday the 12th of Octrober at 4pm on the dot in Westfield Lane, Wyke, Bradford with the objective of helping underprivelged children in Southern Africa .

ABOUT MY DADDYS HAVEN

My Daddy’s haven was conceived in 1999 when I saw a 10 year old boy picking food from a trash bin. I took courage by approaching him and asked sensitive questions about his whereabouts as well as his parents but he did not want to disclose his life. I was overwhelmed with sorrow because I felt that my hands were tight as I did not know what to do except giving him a fish for a day which was R100.00 equivalent to £10.00 but I wanted to do more hence My Daddy’s Haven.

We are a new charity that wants to bring Glory to Jesus Christ by helping to restore dignity to underpriviledge children in South Africa. We centre our purposes, aims, prodedures and ambitions on the love and teachings of Jesus Christ. Prayer will be central to this ministry. 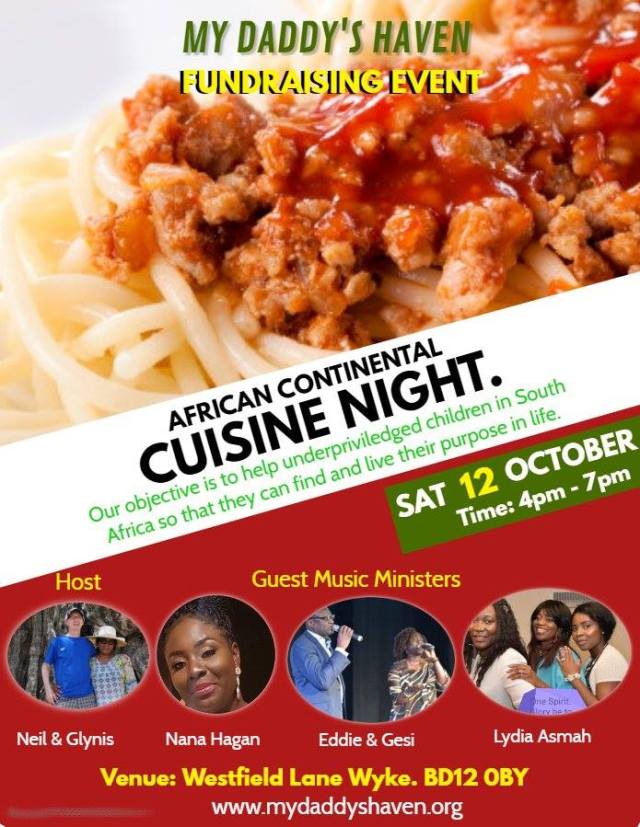