ROLE MODEL OF THE WEEK, COUNCILLOR VICTORIA OBAZE FROM NIGERIA

Cllr Obaze attended West London College where she studied Business Administration.  She sees quality education as the beacon of human existence and with this in mind went on to Metropolitan University where she obtained a degree in Community Sector Management.

She didn’t stop there, but went on to get certification in childcare and to subsequently run a registered charitable childcare centre named Vicharles Play Centre.

Cllr Victoria Obaze is a mother of four with two grand Children, who would attribute her success in life to her late husband Chief Evangelist Charles Obaze, from Ogbaru Attani in Anambra State Nigeria.

She is the first daughter in a family of eight children. The Mbano-born-UK politician holds unto the philosophy of her mum that says “a successful woman must be a good girl to guarantee her being a good role model”; this philosophy is always been present in her conduct and actions.

For Cllr Obaze life is all about service to humanity with diligence.  This has been illustrated in numerous ways.  Initially it led her to open a project named Healthy Life Style for Stepney Women, East London. This project was funded by the local authority through Ocean African Caribbean Association which she and her late husband co-founded.

Following on from that sheestablished Ocean Saturday School; aimed at ensuring school attainment for children, as well as Ocean Football Club; through which young boys were able to have residential football experiences with Chelsea football Club.  She also habitually visits the elderly and physically challenged in the community.

Above all, Cllr Victoria Obaze loves God with a passion.  She was a warden, a side person, and a member of Parochial Church Council (PCC), as well as an Executive Council member at St Dunstan’s Church of England Parish in Stepney.   She is also a Secondary School governor in Tower Hamlets.

Cllr Obaze’s political experience started when she was elected as one of the board of directors to oversee the regeneration of her area, the Ocean Estate, in the 1980s. The move motivated her to get into politics, having noticed that there were no black women in the council chambers.

Cllr Obaze put forward her name to be elected as a Councillor in 2010. She was unsuccessful on that occasion by about 100 votes, however this did not discourage her, and in 2014 and 2016, she contested again, but once again lost.  Still refusing to be discouraged she continued to work with everyone and her persistence eventually paid off.  In 2018, she was declared a councillor for Whitechapel Ward.

Cllr Victoria Obaze has lived in the Borough for over 30 years and is being celebrated in making history as the first black female Civic Mayor of the Borough. 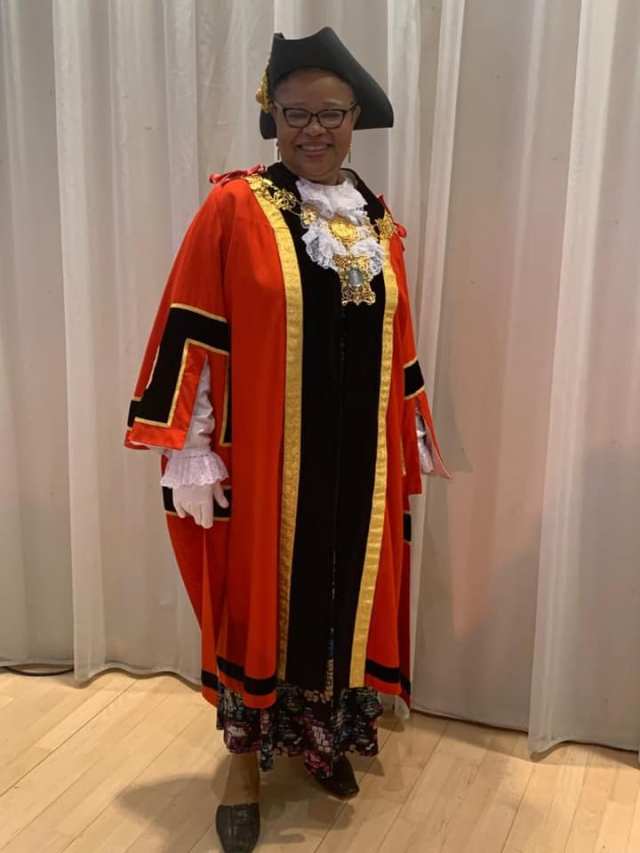