Posted on May 19, 2019 by Tony Tokunbo Eteka Fernandez

I am making up large banners to decorate my space for the upcoming West Orange Street Fair. I did this one to show a small sample of the commissions I have completed. My table arrived today and I have a canopy coming on Tuesday! I have the music and videos all set up!
Yeah, I am VERY excited!!
.
If you’re close to #WestOrange, NJ on June 1, please drop by my space at the street fair!!!
.
If you’re tired of cookie-cutter logos or along-the-beaten-path graphics for your home or business, give me a call!! Originality guaranteed!!!
. 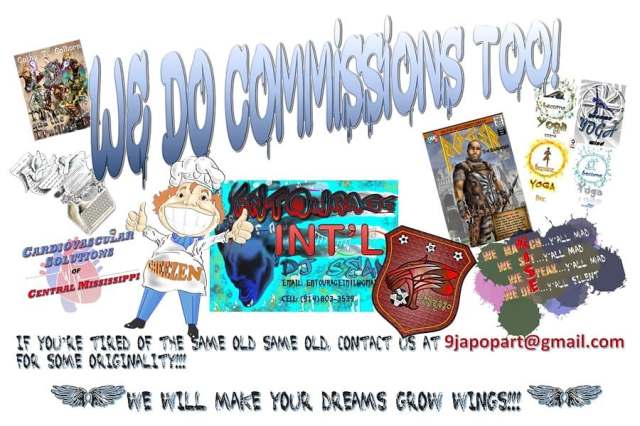