++ Sights and Sounds of Amsterdam-Netherlands++: The Great Nigerian Global Diaspora Summit+ Nigerian Global Diaspora will assemble in Amsterdam from the 25th of April for NIDOE Global Summit 2019. The Diaspora summit this year which is themed “Mobilizing Diaspora Human Capital & Providing Policy Framework for a United Homeland Engagement-Post Diaspora Commission” is a follow-up to the Nigerian Global strategic development conference held in London, the UK in 2018. The summit will also provide an opportunity for a united European Agenda for the Diaspora Day 2019. For the Global Diaspora Hall of Fame Gala Dinner Nite, we will be joining other Nigerians in The Netherlands to celebrate the Kings Day, Making the Dutch Kings Birthday on the 27th of April, as we look forward to seeing all Nigerian Diaspora’s able to make it in The Netherlands @ the Dinner Night. 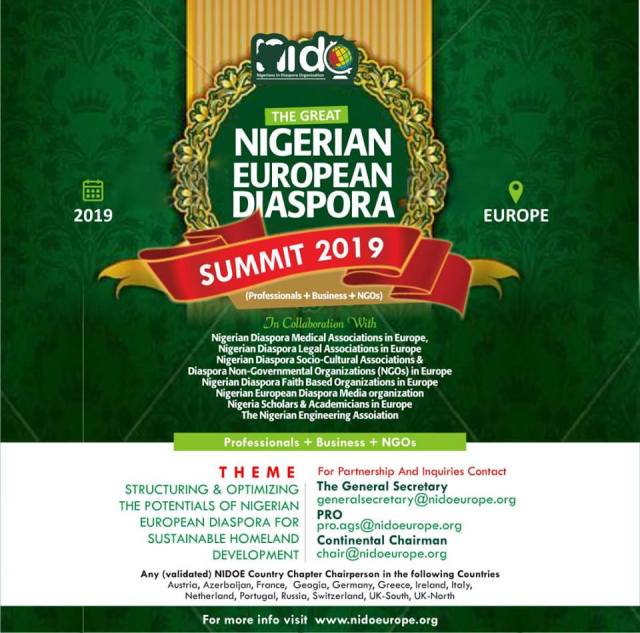