AFRICAN UNION DAY TO TAKE PLACE IN DORTMUND, GERMANY IN MAY 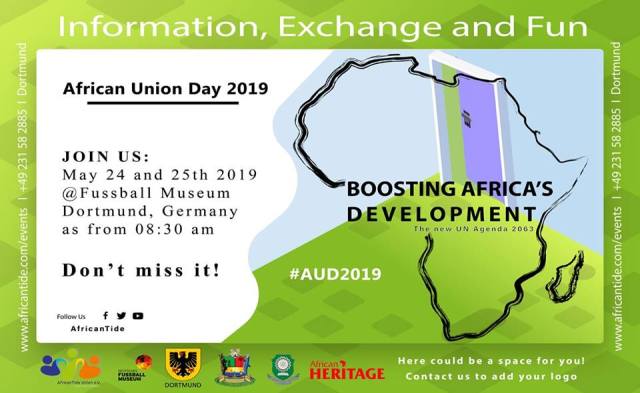 WATCH THIS SPACE FOR MORE UPDATES