For your personal growth, capacity building, mentorship training, coaching and social enlightenment. Be our guest. It is the 11th edition of founder’s conference/ induction of new members coming up on the 22nd of February 2019. Time: 9pm night. @ Enotel hotel, Bonsac junction by celestial avenue Ezeneyi street ASABA, Delta state. 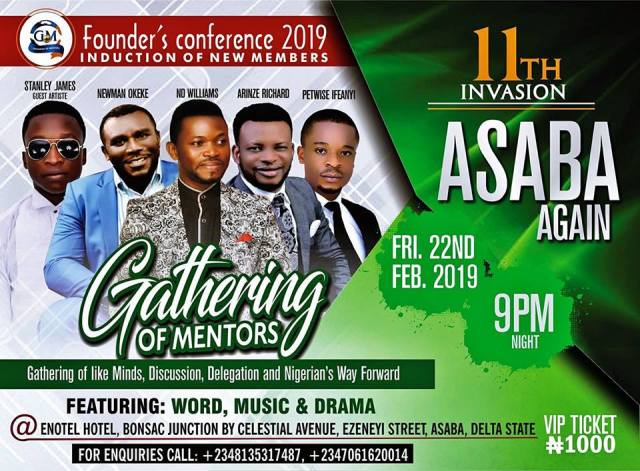