Posted on May 30, 2018 by TONY TOKUNBO ETEKA FERNANDEZ

With the rate of awareness going on, on “Female Genital Mutilation,” one may think that majority of the community members have taken actions To end Female Circumcision. But No! Many still are not fully convinced on why this practice should end today.

By knowing more about FGM/C, you can help save a girl from becoming a victim.

Female Circumcision has no positive benefits to the female folks. And it is against the Child’s law and Person Prohibition Act.

JOIN the discussion at CEGCRA WhatsApp group as we talk on “Understanding Female Genital Mutilation and it’s prevalence in Nigeria”. 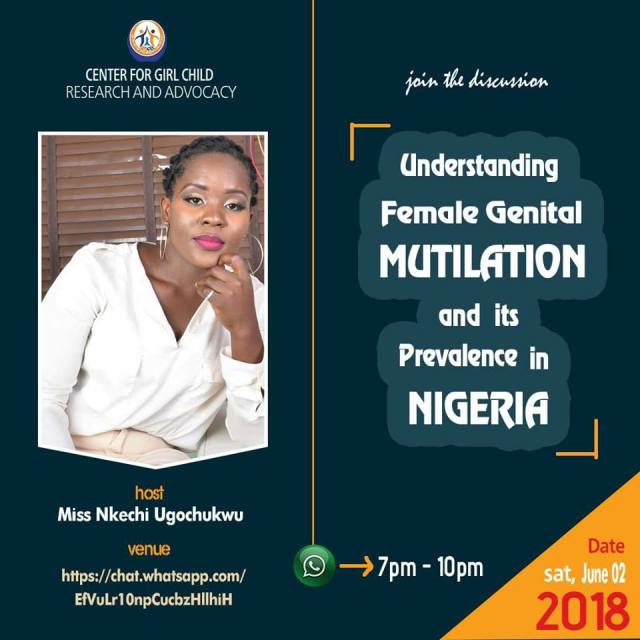