Avail to 11-17 year-old females from Peckham Ward in Southwark. Do you know anyone from that area – pls tag them?

For anyone not meeting this criteria, you can sign up for information on upcoming classes & workshops via www.bit.ly/inspiredj – more free classes for boys & girls coming 2019!!!

Paid classes in Peckham start from Dec/Jan. Sign up to keep informed or sign up for immediate classes in Dalston via www.inspiringDJs.com for adults & kids incl. those on the autism spectrum. 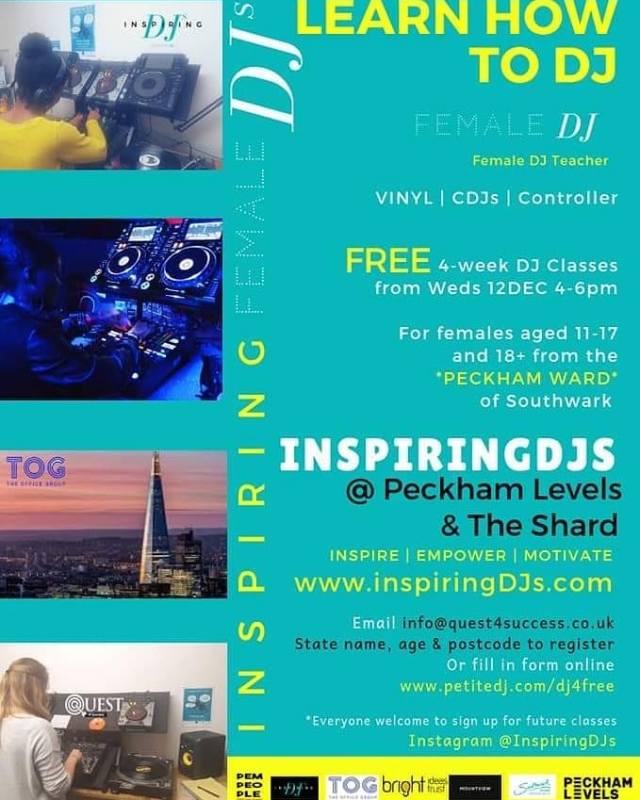