To the Glory of God Almighty, I was re-elected as the Chairman of Nigerians in Diaspora Organization of Continental Europe on the 10th Nov. 2018 in Vienna, Austria. With my re-election, I become the first ever in the 17 years history of the Organization to be overwhelming returned for a second term to continue the oversight and coordination functions of NIDOE in over 20 European countries.

This is also in addition to a very successful NIDO Europe Annual General Meeting (AGM) & Nigerian Global Diaspora Investment Summit Follow-Up (Nov. 8-10 2018 in Vienna, Austria). Appreciation to the NIDOE General Assembly for this privilege to serve this esteem organization for the second term. Great compliments to NIDOE Austria for a perfect organization.

I thank my one and only 5 and 6 cousin Fiona Ngozi-Ogbo Akono, members of the CEC & BOT, my mentors, Family and Friends who accompanied me prayerfully. I thank Tanja, Fabian and Nelly for their love and patience with me. I congratulate my VC and all the elected Exco members. Thank you all 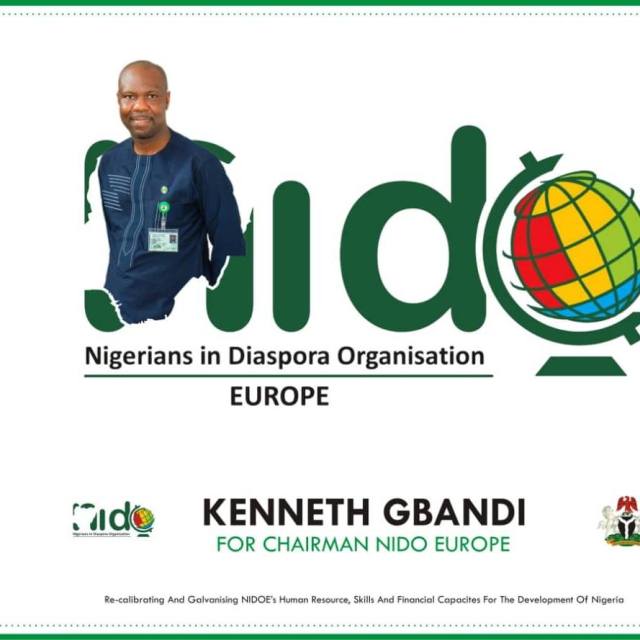