Goodness Olanrewaju Ayoola is a poet and teacher of English. His poetry has appeared in poetry journals and anthologies. Few of his poems have garnered awards and translated into Assemese. He is currently an International Director of  the World Union of Poets and was one of the judges for the 2016 Green Authors Prize (GAP) sponsored by  Words Rhymes and Rhythms. He is the author of ‘Meditations’, a collection of poems. He has an NCE in English and Yoruba languages and a B.A (ed) in English. 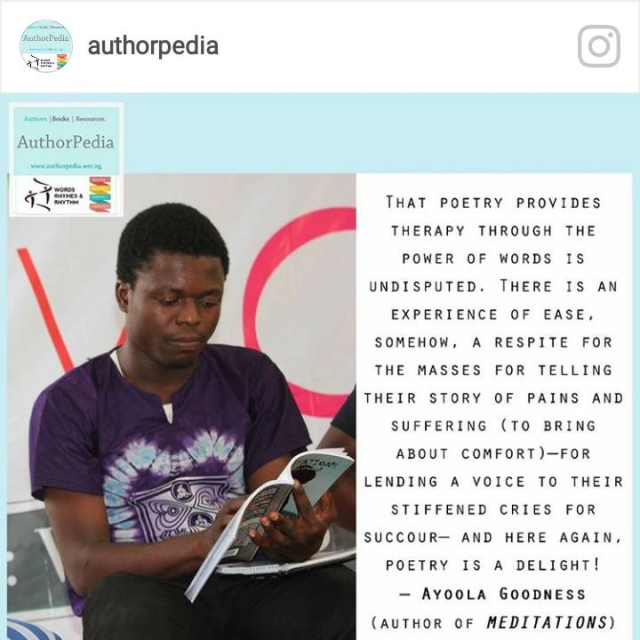