Bayajidda is a popular Hausa legend from Northern Nigeria about a brave, young prince who confronts a vile snake that guards the only well in Daura.

WATCH THIS SPACE FOR MORE UPDATES 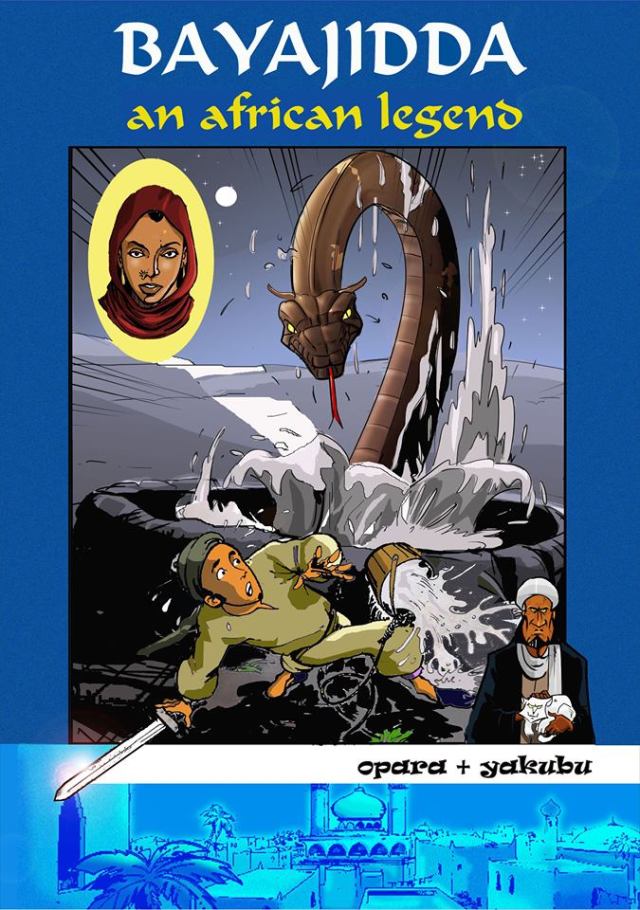 I have always been interested in introducing African legends and history to our children. Many of us have gradually lost touch with culture. Also, there are many kids around the world curious to learn about Africa’s diverse and unique cultures but find little simple material. We are all familiar with Western myths and legends- Robin Hood, Paul Bunyan, Hercules etc. but how many of our youth are familiar with our own indigenous legends such as Bayajidda, Queen Amina and Emotan? If we are not familiar with our own, how can we make the world aware of them?

‘Bayajidda: An African Legend’ is a comic adaptation of a popular Nigerian legend on the progenitor of the Hausa people. The story showcases chivalry, compassion and an indomitable spirit of adventure laced with humour, done in a culturally sensitive manner. It also promotes values that are much needed in our world today. This 46-page graphic novel is meant for children of all ages and the young at heart still bold enough to re-live their youth 🙂