Marielle Franco was murdered for denouncing police brutality against black and poor people in Brazil. A courageous black queer young woman born and raised in the Maré Favela, a feminist, a human rights activist, the fifth most voted Rio city councilor. Marielle was summarily executed by the State and police force for daring to make her way into politics and daring to speak out.

They thought they could silence Marielle, but her voice and her fight will only multiple. We will make sure it does.

Let’s honor Marielle who fought until her death for our right to life, for the rights of women, black, poor and queer people to live. Let’s continue her fight by opposing State violence in all its forms and wherever it arises. Let’s demand an end to it. Let’s demand justice so that we can have peace. 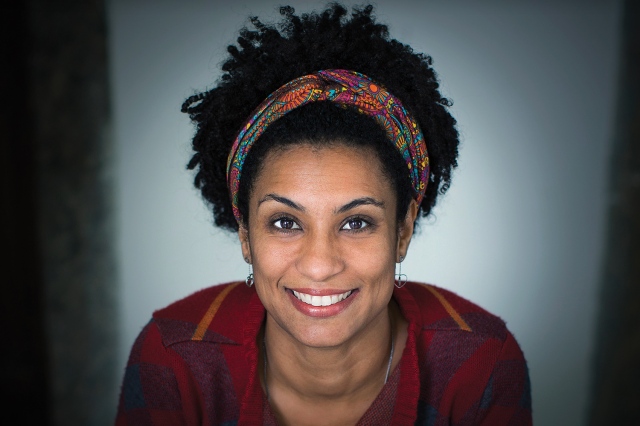