A product is what you sell to make money; A passion is what you use to sell the product…The mission has become a movement… 5 NATIONS…7 cities…Gabon..Sierra Leone..Togo…Ivory coast..Ghana…we ‘re bringing the message of spirituality…JOIN THE MOVEMENT…THE SPIRITUAL TOUR… BE A PARTNER..Drop an email to BEN EDEM benjesu28@gmail.com 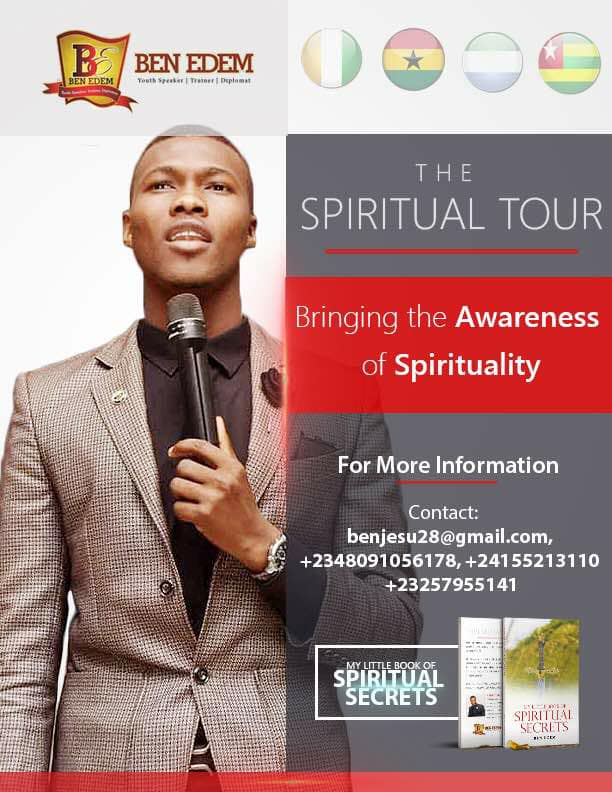