INTRODUCING AN AMAZING RADIO SHOW FOR CHRISTIANS AROUND THE WORLD, HOSTED BY PASTOR SAMIE EDOGUN

ABOUT  THE  GOSPO BRAND

GospoRave is a christian media company set-up to inform, inspire, spiritually educate and celebrate the Lordship of Jesus Christ. We keep you updated on the gospel arts scene bringing you news and events as they happen in the Kingdom 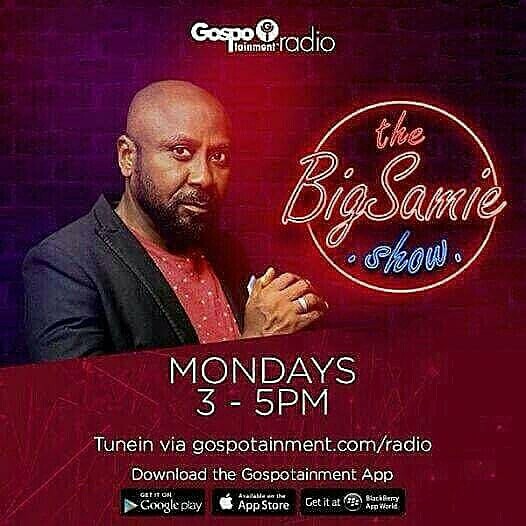 ABOUT THE RADIO HOST

Sammy Edogun is A God lover, Choir trainer, Life and  ministry coach.Minister,promoter & firm believer in the instrumentality of gospel arts for saving the sinner and  strengthening the saint.

Sammy is also an events solutions specialist,reputation management strategist & media consultant, He is very passionate about people and making a difference in various communities

He spends lots of his spare time as a Christian advocate, Radio ambassador and deeply getting involved in community initiatives