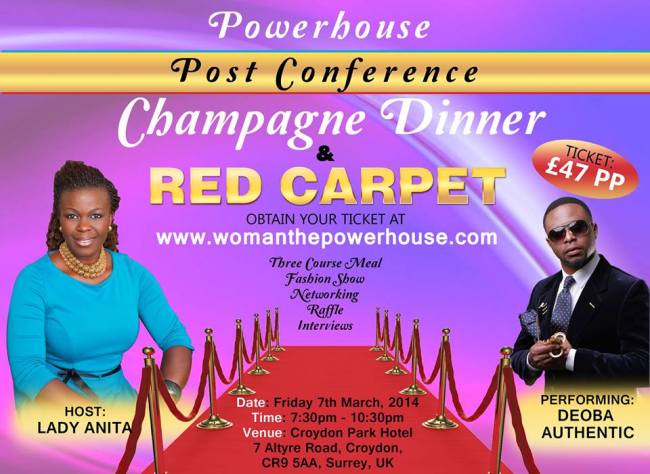 An evening of exclusive networking. The Powerhouse post-conference champagne party is for every one in business or those thinking of starting on, who desire to expand their network of association. An evening of glamour, style and connectivity.

Please visit www.womanthepowerhouse.com to book your place or email us via admin@laproverbsacademy.net or inbox me to book a table ( 10 powerful individuals per table). We have three tables left.

The evening is purely for networking. Anita is a business woman and understands theimportance of business networking. With this in mind, she has created this event to accommodate both men and women.

CONNECTIVITY IS THE WORD FOR THE EVENING.

Investment: Only £47pp – including three course dinner and drink

Get your ticket now!

We need all support to make this an event to remember.

Please contact me directly if you desire to become a sponsor for the evening. All hands on deck!

I look forward to seeing you there!