Her graceful and eloquent style fails to detract from her vibrant and passionate persona that emanates from any stage she graces.

Her passion for life and her positive nature is evident in her lyrics. Her life experiences, her interactions with others and her strong faith have contributed to her unique musical style; a sound that could be described as a fusion of soul and R’n’B with a jazzy edge. She attributes this to her musical influences that range from the likes of Alicia Keys, Cece Winans and Aretha Franklin. She was the recipient of two prestigious awards in 2015; The Praisetek Gospel Music Awards UK for her contribution towards the gospel music industry and the Gospel Touch Music award for ‘Best Video’ for her song ‘Who am I?’ which she released in 2015.  After the release of two hit Albums (‘Do you remember?’ which is available on amazon and on all online music stores since the summer of 2013 and ‘Who am I?’ which is also available on all online music stores), four sold out singles, three music videos, Emem continues to take the Gospel music industry by storm.

Apart from doing well academically (Emem is a qualified Pharmacist and works as a Pharmacist (Practice Manager) at a multinational merchandise retail company), Emem’s love for music was very notable around the age of 11. She had her first solo performance at the age of 11 although she had previously performed as part of choirs from the age of 7. She studied music at GCSE level and also learned play the keyboard and piano.  She would confidently sing along to any of her favourite artists and put on mini shows for her family and friends at every opportunity, even if such an occasion was a casual family dinner or barbeque. Aged 13, Emem was already a permanent member of a large church choir; the popular Life Church choir, in Bradford, which by coincidence also nurtured and exposed the likes of Gareth Gates musically. She also learned to play the keyboard, a skill which further strengthened her intonation and has now resulted in her very varied vocal range. She had formed a girl group quartet with her sister and two of her friends and the group was lucky to be invited to appear as guests on a television show and have one of their productions featured on a popular television programme on Sky Television. Emem’s soloist skills were very evident around that time, as she was usually chosen to sing the lead parts on some of the songs presented. The girls were unfortunately separated when they were accepted at different universities for further studies. Emem was not fazed by this setback; she has always believed that her destiny would manifest itself if she continued to nurture her gift. At the age of 14, she recorded one of her songs and performed it in front of a live audience at the Alhambra theatre in Bradford. Emem still sings and perform in and around Bradford.

She has entered numerous national competitions in which she has always been a favourite. One of her most notable was when she was picked out from hundreds of people to perform in a live showcase concert; she wowed the crowd with her original rendition of ‘hero’ by Mariah Carey. She has always made effort to maintain links with musicians, producers and DJs, hoping to catapult to success at some stage. One of her songs ‘trying to be myself’ received rave reviews after she was approached by a Choice FM DJ to have it played during one of its shows. Emem was a shortlisted finalist on “Britain’s Next Urban Superstar,” which landed her an audition for Flava Music Channel and interviews with KISS FM. She has also appeared on several radio stations as a guest and her songs receive frequent air-play on Premier Gospel and BBC radio Leeds. Emem dedicates her time to writing and singing songs which inspire, encourage and comfort all people from different walks of life.

The main message she has to share is love and wants some of her songs to express it. She presently has written more than 20 songs and is in need of greater guidance and support from the experienced members of the music industry, to enable her climb to the next level.

Above all, Emem is a very pleasant and focused personality, easily gets along with others, and is almost always certain to achieve her goals through diligence and hard work. Her precision in science coupled with her interest in music, is likely going to produce a unique blend which should spice up youngsters willing and eager to combine their musical talents with academic prowess.

From the soulful piano balladry of “Angel” to the funk-infused “Trying To Be Myself,” Emem’s immensely interesting high-and-low vocal range and her inspiring story combine to form a powerful, rhythmic R&B/Gospel fusion with a jazzy edge accessible to fans across all musical and spiritual persuasions.

“I want my music to uplift, motivate and energize people,” Emem says, like a woman on a mission. “It’s encouraging and inspiring Gospel music anyone can listen to regardless of your beliefs.” 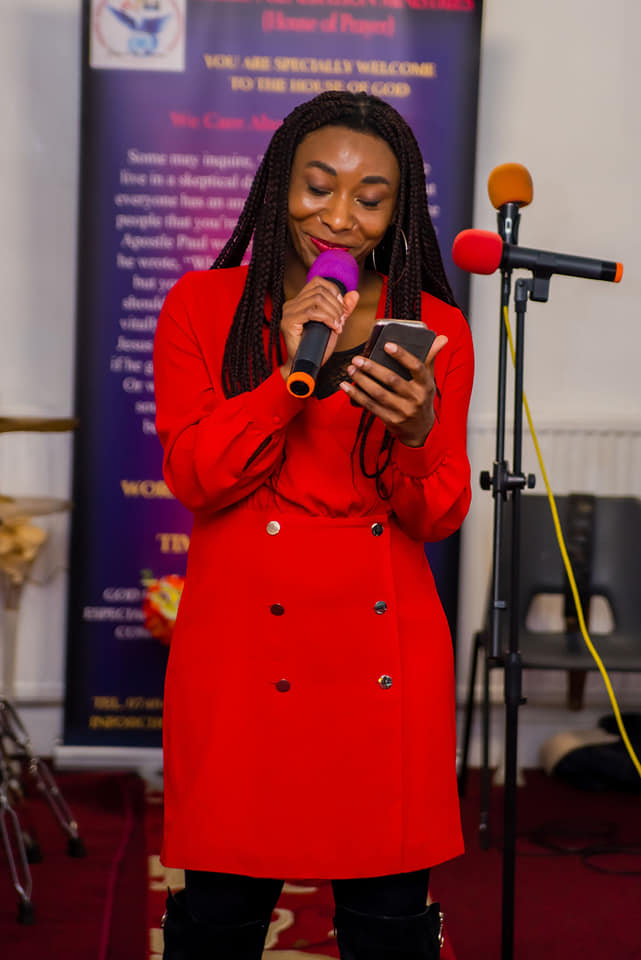