IT WAS A PLEASURE TO BE A GUEST ON RADIO ONE, IKOYI, LAGOS

GUEST ON RADIO ONE, IKOYI, LAGOS

It was a pleasure to be a GUEST on RADIO ONE, IKOYI, LAGOS on the 16th of April 2019  with two amazing Radio presenters – Nicholas Anyamene and Folasdade Arogundade,  also with the amazing Mr Segun Ogunjobi as the Radio Producer.

ABOUT RADIO ONE , LAGOS NIGERIA

RN1 FM 103.5FM is from the stable of Radio Nigeria, Lagos Operations. Located at Broadcasting house Ikoyi Lagos has many interesting, educative and informative programmes and also News at its best.

Watch this space for more updates on Radio One 103.5FM Lagos Nigeria 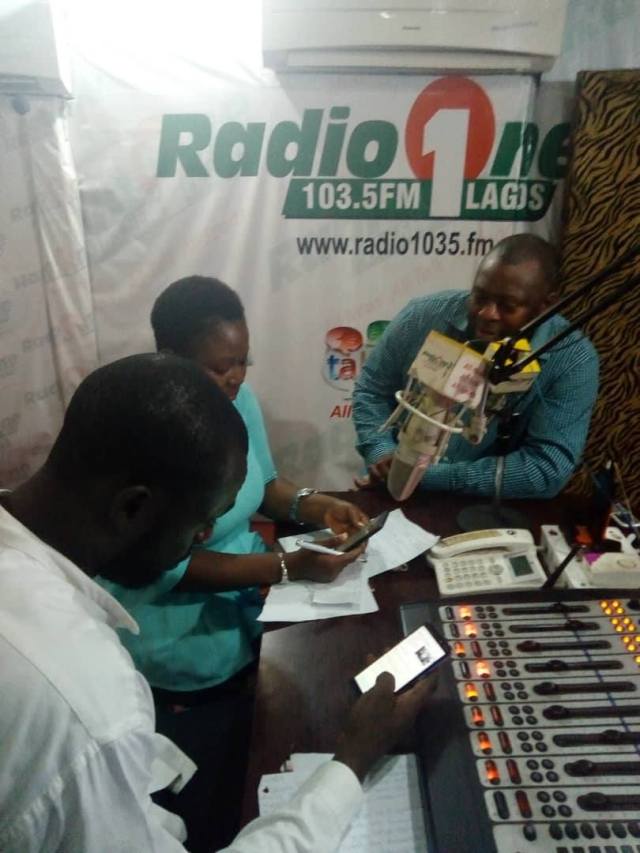