ROLE MODEL OF THE WEEK, THE AMAZING GLENICE ALLISON, LIVING IN BIRMINGHAM, UK

I am proudly one of the longest serving “faces” in Avon UK. Being a part of the Avon PR process has opened my eyes to what the company is about, what they are trying to achieve and from my own experience knowing what my face can do for other women that look like me upon entering the industry. I started Avon when I saw a black woman in one of their adverts in 2009. I had heard of Avon, knew very little about the opportunity but thought to give them a call based on just taking a chance. I went for an advert opportunity in 2015 and it was then I had to really wonder if Avon were even prepared to have someone like me to be a face for them. The audition process was long but it was fun and in one of the final elements of the process, I had to stand in front of a camera and talk. There was a Scottish woman that looked at my shiny face and asked me if I had my makeup on me. When I looked on the table there wasn’t any shade of foundation for me. Long story short, I ran to get my makeup and on the way back to the room, went to the ladies and simply blotted my face with tissue paper. She declared that was “much better”. At this point, I wondered if I had walked into a parallel universe because I couldn’t figure out why a makeup company would not have my shade of foundation. I persisted with the process anyway and looking back on that video, I can remember feeling thrown by it all.

I didn’t get the advert (at the time) but what I did get was something called Beauty For a Purpose. I’ll be honest, I was working part time and didn’t even realise the scale of the project until I was on my way down to London for the photoshoot. On the journey down, I watched videos of the likes of women like Orenthia Ricketts-Palmer and her story and what Avon meant to her. It was amazing (and they had her shade of foundation too!) At the shoot, just meeting other UK reps that were achieving things, like I had never seen, was also an eye opener, the likes of Zoe Davies and Catherine Piggott was just incredible. And it made me want to achieve even more. But I was a lone voice. It wasn’t something that I was scared of but once the pictures were released, I soon found how lonely being that one woman could be. Whilst other reps were celebrated, I got attacked online, I got asked questions that would never have been asked to my colleagues. Did I have good days? HELL YEAH but my biggest support boost had to come from within. All of my main cheerleaders lived miles away. Avon HQ always listened and always supported in ways that took me by surprise for a corporate of their size if I’m honest and they have continued to listen where possible and included my voice to be heard where they see a good fit.

Are things much better?? Yes and No. Shooting on the recent #stand4her campaign, there were a number of representatives/ models – myself included that each had an envelope of Avon makeup. I was the only person that was asked if I had my makeup on me because they didn’t have any one of the Avon shades of Foundation for my skin. Luckily, 2015 (and the stories of legendary Supermodel (and aunty in my head) Iman taught me to carry my own makeup to these things. Now granted, they may not have known which shade would be better suited to my skin but there are at least 6 shades that they could’ve carried with them into the envelope to find out. For the unseeing eye, I could be seen as an “add-on” but I have been representing for so long that Avon and I have the receipts to prove that this isn’t exactly true. But considering the ever changing demographics in Britain, does diversity still matter?

In short, HELL YEAH!! But as I have alluded to in my previous blogs, diversity won’t matter if the products are no good or people are just seen as an add-on. Black consumers of make up are far more discerning in 2019 – we know our worth. The black and mixed-race population in the UK has doubled in the last ten years. The Institute of Practitioners in Advertising estimates that black women spend some £4.8 billion on products and treatments, with African Caribbean women spending six times more than their white counterparts on their hair. But even with such an impressive spend, ethnic groups remain drastically underserved and under-represented in the industry and at the beauty counter.

I am all over social media. I have a two Facebook pages called Avon Beauty and Cosmetic Diversity and Avon Beauty and Cosmetics which features the products that I use or the cosmetics that me or my customers wear. Both of my pages are fantastic and you will see me adding to my team of representatives or sending out callouts for new customers. These pages are for real Avonistas who recognise the diversity in business and beauty!! I am always looking for representatives and customers – there are opportunities for growth – an opportunity rarely taken up by black people, but my team is growing steadily. If you are interested in joining the team and gaining the benefits of being an Avon rep, then call me. If you want to shop with me, then ask as I may have the perfect products for you. My motto is to Join | Shop | Follow and I have been able to fit it around my children as the advert of us shows. 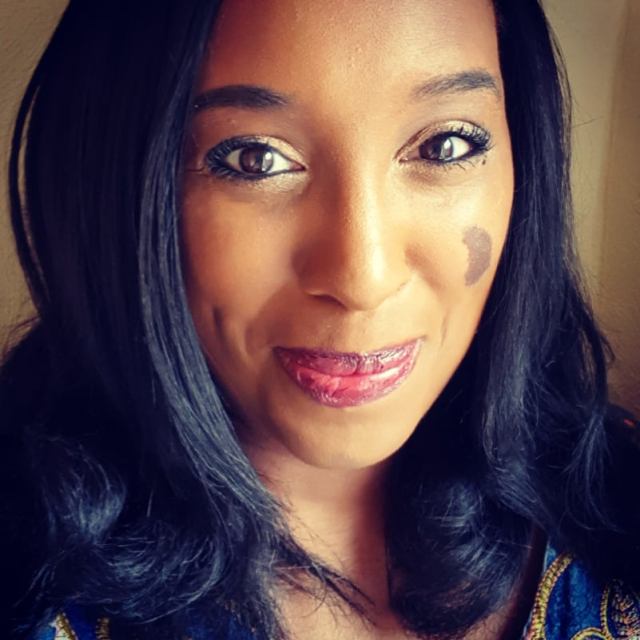