“WHERE IS OUR BENUE” WRITTEN BY LINUS AJENE, IN MEMORY OF THE DEPARTED SOULS OF THE MIDDLE BELT

“WHERE IS OUR BENUE” WRITTEN BY LINUS AJENE, IN MEMORY OF THE DEPARTED SOULS OF THE MIDDLE BELT REGION

WHERE IS OUR BENUE

For some days (if not weeks) or months or rather years now, I have got my torchlight looking for our BENUE – the BENUE of many years ago where goats and lions traded in the same market and they could make peaceful transactions including trade by barter and the atmosphere would still maintain her tranquil breeze that makes everyone smiles affectionately; but I have not seen that ancient, glorious BENUE. So, where is our BENUE.

Where is our BENUE? The BENUE where I only read about killings from books and I once told SAM, my friend that, “this must be a make-belief story; how can a man kill a fellow man” when I read the story of killings from books and newspaper, and SAM would say in his natural pragmatic way, “TOM, I believe it happens”. I only got to agree with SAM when I got to Borno State, but now killings have become the daily news headline in BENUE. I ask, where is our BENUE?

I can no longer sleep. When I close my eyes, I hear the voice of children and women wailing all over the street of Okpoga, seeking justice, crying about their lives made short and their dreams got shattered. The street of Okpoga is covered with plenty ghosts from Logo, Guma, Agatu, Gwer West, Gwer East, Omusu and other places of the killing. They are crying from Okpoga to Otukpo and to Gboko, seeking where to tender their case. They are homeless ghosts scattered around with tears flooding the streets and mixing with the pool of blood in River Benue. This is not our BENUE. Tell me, if you have mouth to talk, where our BENUE is?

Our River Benue is no longer the place of tourism and fishing. No water there anymore-it is now River of blood, the blood of the innocents. Our lakes and spring waters have rather become pools of fresh blood, no more water and no single food in our basket anymore; the basket is full of the heads of men, women and children. Smoke everywhere; but can the smoke take the cry of the innocent souls to Heaven?
I am still waiting for your answer, where is our BENUE?

Where is our BENUE.

———
Abah, Linus Ajene was born in Ogo Oluwa L.G.A. of Oyo State and brought up in Idiri Okpoga in Okpokwu L.G.A. of Benue State where he has his biological root. He is a 400L student of Benue State University studying English/Education with the ambition of become an African Literature scholar as he progresses in life with time. He was the first runner-up of the 2017 Albert Jungers Poetry Prize and was also shortlisted for the 2018 Tony Tokunbo Fernandez International Poetry Competition. He is the current President of Writers League, Benue State University chapter. He write poems and prose-fictions. 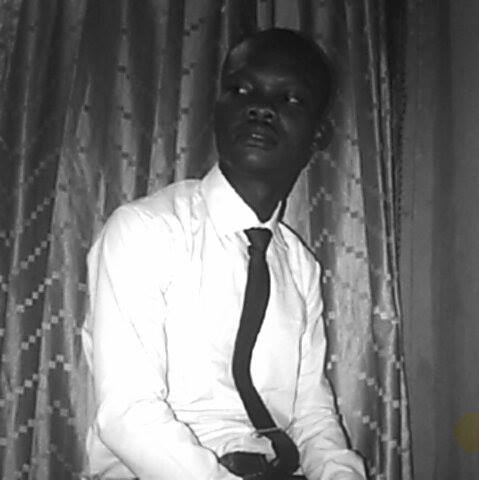