Faustina is simple, humble and spirited yet  self-motivated serial entrepreneur. Having graduated  and practiced  Nursing and midwifery for over 5 years, Faustina however, got back to her first love which is writing and journalism, creating platforms within that area.  In the last four years, she has passionately been working on her vision  to influence a positive identity for African heritage.

Within the C. Hub magazine brand, they have created the most prestigious award for Africans in the UK – CA award (Creativity Award) with audience of high rated personalities, and international celebrities. C. Hub magazine has a monthly  readership of over 500,000 globally.

In 2014, Faustina founded Divas of colour International women’s forum. The largest gathering of world’s most influential women of colour from around the globe, a day that includes, fashion shows, conference and awards. As well as raising funds and awareness  for and with our chosen charity in raising awareness and funds. 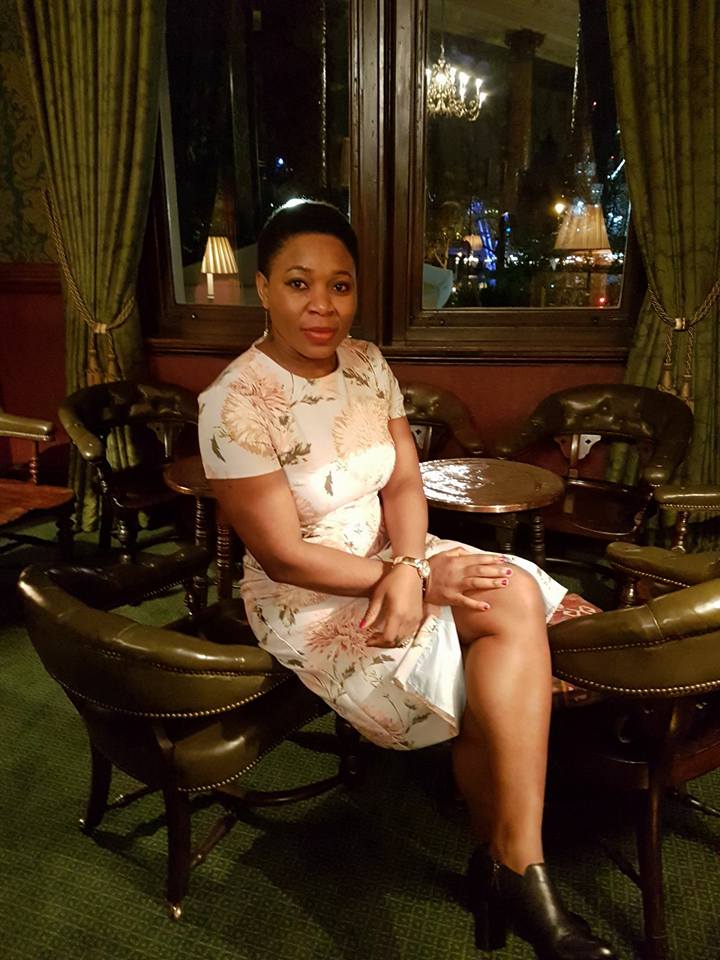 Faustina has been featured on the front page of The Voice newspaper in UK as women succeeding against all odds. She was also featured alongside  Diane Abbott MP as one of Black women doing it, in their Sisters doing it for themselves series. She also speaks on why she wants to honour Black women. Faustina was also named at number 8 in the African Doers listing by Tropics Magazine and No.2 on the six leading African women in UK by Afrokanist magazine.  Faustina speaks exclusively withNaija Living magazine on her journey as an entrepreneur.

She is also a known voice at speaking out against racism and underrepresentation of women of colour. .     Outside her busy  schedule, Faustina holds periodic mentoring sessions with young women, organises and speaks at women’s events, and uses her platform to inspire and motivate others.

Despite her busy schedule, Faustina finds time to mentor and train young entrepreneurs and women.  She has mentored numerous young women, interns, and helping them get a start with their life purposes.

Faustina and her husband, Emeka Anyanwu  work so hard to create opportunities for individuals from diverse backgrounds, which is evident in their Divas of Colour event which gives models of every background opportunity to excel. Faustina works tirelessly, highly dedicated to her vision and passion to change the narrative around ethnic minorities.

Faustina has won several awards both in the UK, US and in South Africa, been featured in several national and international newspapers and magazine as well as major online media.

She is happily married and lives with her husband, Emeka Anyanwu and her 3 daughters, Chelsea, Danielle and Nicole Anyanwu.

My name is Mrs Wavyne Diana Benskin Mcdonald, I was born in Trinidad of Barbadian Parents. I received my primary school education initially from Turner Hall elementary In Barabdos and subsequently, Fatima RC in Trinidad. I attended Curepe Junior Secondary and then went on to Graduatefrom St Augustine Girls High School.

My hobbies are writing, reading, jeopardy and travelling. I also love to karaoke and dance.

I am a child who was abandoned by both her parents. My father abandoned my impregnated mother and married another woman, This action infuriated my mother who thought the best alternative was to abandon the image of the man who destroyed her emotionally that image was me
Call it fate or divine intervention, the powers that be steered me to a neighbouring island into the loving care of my Maternal Grandmother and maternal Uncle, whom i still to this day credit as being my true parents.
From an early age I was always interested in writing, I was encouraged by my maternal Uncle to always speak and write properly. Of great importance to him was diction , although he did not scoff upon the local dialect, i was discouraged from speaking it with him. A terrible tragedy that I endured at the age of 8 years old , was the catlyst that saw the removal from the care of my Uncle and grandmother back to the custody of my birth mother.
Initially , I was unaware as to who these people I was living with were. In her custody for 11 years I endured unspeakable, psychological,emotional,verbal and physical abuse from her and sexual abuse from her spouse I received no encouragment pertainig to my love of writing poetry, and was told that they are ramblings that no one would be interested in hearing. This discouraged me greatly as a teenager in the 70’s .

I almost perished once after being stabbed by her but was saved by one of my dearest friends Mrs Judith Byer.
After fleeing for my life and freedom from the hell I endured for 11 years , I returned to the island where My maternal relatives were. I longed to see my Grandmother especially. I reacclimated myself and used the time then as a springboard to pursue my true love Journalism.
I wanted to be a Journalist/ Television announcer, and with that dream in my heart I emmigrated to the USA and had begun studies but with no assistance from my biological father, i had to abandon my dream of becoming that Journalist. I also thought that the world would not be ready for an Afro Caribbean Woman with an accent on their TV. I chose Business Management studies instead.

I continued with my ramblings on paper initally in the absence of the computer , then with the birth of the various forms of Social Media, I began to share my ramblings with friends and relatives. To my amazement they were well received and this approval fueled the urge to compile an anthology. Spoken Words from the mouth of this Babe is the culmination of those ramblings. I currently contribute to The Australiatimes Poetry and my work has been perfromed at the California Wildsound Festival.

I have subsequently penned my life story “Per Ardua Ad Astra” Latin for Through difficluty to success,
The life story of One West Indian Girl. In my book i have attempted to chronicle the daily struggles I faced parrallel to the struggles of the world at large during that era.I have also attempted to remind readers of how simple yet content life was in the absence of digital media. I have also addressed the taboo in the Black community to address and embrace persons afflicted with mental diseases.

I was diagnosed with PTSD, and have received medical and spiritual counselling. Today I thrive because i did not prescribe to the taboo of Mental illness and got the help I needed.
I have also reitterate the importance of fathers in their childrens lives. Fortunate for me , I had many surrogate fathers, but, it was my biological fathers responsibility to love , care provide and protect me.
And so I am issuing a plea and warning to you fathers and fathers to be , abandoning your responsibility, tantamounts to pain, disrupted lives, fractured relationships with siblings and the opportunity to create lifelong pleasant memories with your offspring. A girl learns her self worth from her father, and how she should be treated by a man, your children are you legacy, treat them with respect and provoke them not into wrath.
It took all the strength I had not to fall apart, but I survived and with Gods Help I will continue to survive.

The enslaving and selling of black African in Libya

The illegal detention of black Africans in Libyan concentration camps

The torture of black Africans in Libya

The raping of African women in Libya

The extrajudicial killing of black African children in Libya

COPIES OF MY 2ND PUBLISHED BOOK “THE SOUND OF RUNNING WATER” ARE NOW AVAILABLE FOR CHRISTMAS ORDERS
ORDER YOURS TODAY VIA PAYPAL (EMAIL ADDRESS – afripoet@hotmail.com )

As the new festive season fast approaches, I am pleased to inform you that copies of MY 2ND PUBLISHED BOOK “THE SOUND OF RUNNING WATER” are now available to order for Christmas
“THE SOUND OF RUNNING WATER” is a gift book of proverbs on personal development and positive thinking aimed at empowering young people and adults around the world with a fulfilling sense of vision and a positive energy which is often lacking in today’s world.

The book was also written to remind us that ALL GOOD THINGS IN LIFE ARE POSSIBLE, once we put out mind to anything good we want to achieve

So why not put a smile on the face of a loved one, family or friend this Christmas
GET YOUR COPY TODAY AND PLACE YOUR PAYPAL ORDER OF JUST 5 POUNDS TO THE EMAIL afripoet@hotmail.com