Egor Efiok is the CEO/founder of E4PR and a multi award winning British/Nigerian movie producer and PR Guru who also represents Nigerian filmmakers as a sales agent at international film markets to sell and secure world distribution rights. A self-confessed workaholic and perfectionist, Egor is a people’s person, who can best be described as a talented individual whose work always speaks for itself, covering all areas of showbiz, be it acting, modelling, fashion, music, reality tv concepts, movie production etc. Egor also creates unusual, beautiful and artistic concepts and uses the best Artists, Make-Up & Body Artists and Graphic Designers, to bring her themes to life. Some of these artistic concepts are also used to help promote E4PR stars, revamping their images through dramatic and fashionable photo shoots, which help keep them in the public eye and make them more commercially appealing. For the more famous stars, it keeps them in the spotlight and for the newer ones, it keeps the public eager and excited about what is to come from them. All Egor’s concepts show originality, as she is not afraid to go where other people wouldn’t dare, no matter how crazy, weird or unusual. Nicknamed “LadyBoss” by her clients and the press, Egor’s usual explanation is, “It is Art”. She calls herself “Nigeria’s answer to Max Clifford” (although she does say so herself). 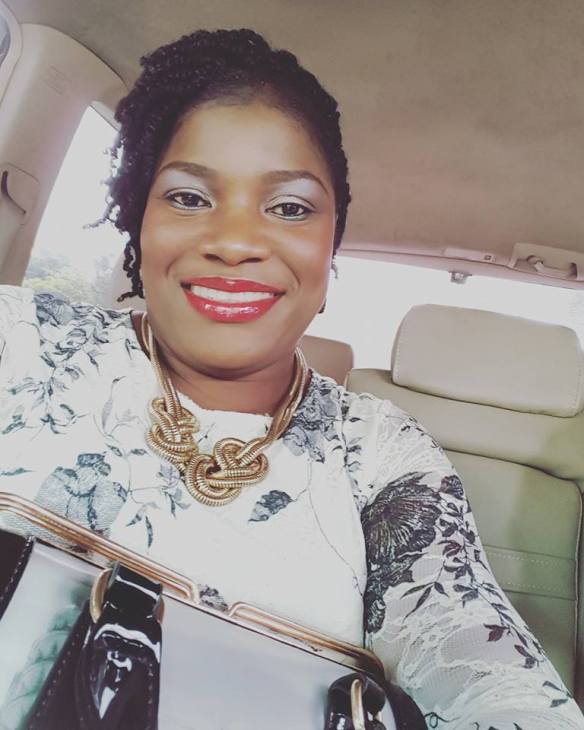 Egor Efiok was born in Liverpool, England, and attended nursery and primary school education at Corona School, Apapa, Lagos State, Nigeria; secondary school at Federal Government Girls’ College Calabar, Cross River State, Nigeria. From as young as age 3, her father, who was a journalist at the time, recognized that his daughter was quite eloquent for her age. He called her his precocious child and showed her off severally, proudly making her read newspapers to visitors at the their home.

Egor was “born dancing”…it comes naturally to her and she choreographed and won so many dancing competitions in secondary school that she partook in, hence it was no wonder when she was admitted to read Theatre Arts at the University Of Calabar. However, her tenure there was short lived, as Egor, who also did a bit of modelling and acting within the same period (1993), had to return to England at the insistence of her parents due to the incessant University strikes at the time.

Egor, who also attended Hendon College in London, graduated with a BA (Hons) Degree in Education Studies from the University Of Greenwich. Again, it was not surprising when Egor, whose teaching career in England spanned over 8 years, inadvertently found herself back in Nollywood 16 years later.

Also a lover of fashion and anything artistic, Egor has worked with models and notably collaborated with Make-Up and Body-Artist Princess Amayo, in 2007, to start bringing to life, her beauty concepts which were aimed at Image Branding. Within a year of collaborating with Princess Amayo, Egor was campaigning for her to win Best Make-Up Artist in both The Nigerian Young Achievers Award (NYAA) and The Black Entertainment, Film, Fashion & Television Awards (BEFFTA) in the UK, respectively, both of which she won. This birthed Egor’s PR career; and her old Nollywood colleagues began contacting her to give them PR and rebrand their images.

Egor started her Nollywood image rebranding with her childhood friend, Nse Ikpe-Etim, in 2009 and notably took Fred Amata to the finals of Celebrity Takes Two a few months later, using her strong PR skills. Before long, Monalisa Chinda, Desmond Elliott, Chioma Akpotha, Susan Peters and Joseph Benjamin had joined E4PR. Creating beautiful and unusual concepts for each of them, Egor decided to collaborate with Princess Amayo to do beautiful photo shoots with them. To her pleasant surprise, Bella Naija, whom Egor credits for opening the doors to the success of her career in Nigeria, saw snippets of the photoshoot on Facebook; she immediately contacted Egor and informed her that she wanted to do for her what she had never done for anyone else…a week long feature of her photo shoots. Thereafter, she contacted Egor again to inform her that Studio 53 extra wanted to interview her. This was followed by front cover features in various publications and an award for Best Entertainment, Artiste Management & PR Company (E4PR). The rest, as they say, is history, as Egor has not stopped making headline news and winning awards for her outstanding work since then. See a few links below and click here to see her on the cover of RB Magazine.

Egor’s passion coupled with her pragmatic approach and collaborative style, has always made her stand out and she has never been afraid to cross boundaries however controversial, as she is determined to take Nollywood international.

It was not unexpected either when Egor’s love of writing and Image Branding made her delve into film-making; also an experienced ex actress, Egor vowed to merge her PR and filmmaking skills to discover new stars and re-brand and train them to suit her Hollywood Meets Nollywood concepts. She successfully achieved this feat starting with Igoni Archibong and a few others have followed suit since.

Turning Point was Egor’s first movie, which she co-produced with Niyi Towolawi who produced and directed it. It featured Hollywood stars: Ernie Hudson, Joe Estevez, KD Aubert, Cynda Williams, Todd Bridges and Nollywood stars: Patience Ozokwor, Jackie Appiah, Oge Okoye, Ebbe Bassey, Enyinna Nwigwe and Igoni Archibong (in his acting debut). Egor was also the Nollywood Casting Director and proved that she is a star-maker by casting a brand new face, Igoni Archibong, in lead, immediately she spotted his star quality. Egor followed her instincts; she trained Igoni extensively for ten months and did a lot of image branding on him which included photo shoots and interviews, to prepare him for his role in Turning Point.

Egor took a risk that many producers would not usually take, by casting somebody without any previous acting experience in the lead role; and she did this to prove that there are many undiscovered talents out there. Majority of the stars that Egor cast in Turning Point are talented actors that had rarely been showcased or given proper chances to prove their worth; and they all delivered. Igoni, in particular, as she regularly states, did her proud because that was his acting debut and not only did he prove that her investment in his career was worth it, he also went along to win two Awards, respectively, which were Most Promising Actor Of The Year (City People) and Best Actor In A Leading Role (NAFCA). Read about it here. Egor finds this particular feat quite fulfilling, as it encourages her to keep flooding the Nollywood market with talented new faces.

After the star-studded premieres of Turning Point in London and Lagos, respectively, which was very well attended, Egor decided to do a private screening in Calabar, which to her pleasant surprise, was so well received that it led to the Minister Of Culture And Tourism, High Chief Edem Duke, inviting her to the presidential villa in Abuja in July 2013, to be honoured as one of the people ‘Fascinating Nigeria’. All her Nollywood cast from Turning Point and various producer friends of hers which included Charles Novia, Obi Emelonye and Kunle Afolayan, went along with her to lend their support and cheer her on (see links in ‘Awards And Honours’ at the end of this post).

Please see links below of everything to do with Turning Point, including photos of the Lagos and London premieres and photos of all the stars working on set in Delaware and Lagos, respectively.

November 2011: Bella Naija Exclusive Photos From The Set Of Turning Point And Interview With Niyi And Egor

May 2013: 7 Pages Of Photos Of All The Stars At The Lagos Premiere Of Turning Point

Egor is also the co-producer of Unge’s War, produced by Bernard Kawaja and directed by Gugu E Michaels. Multi Award Winning Director and ex pilot FrankAdekunleMacaulay, was the cinematographer and DOP. See two short clips below.

Egor was further honoured with a Best Entertainment Artist Management & PR Award (E4PR) in October 2011, a Special Merit Award at the Cross River State Movie Awards, from their highest award category, on 28th September 2013; and a Nigeria Goodwill Ambassador Award on 31st October 2013, respectively, for “marrying Hollywood and Nollywood” with her ‘Hollywood Meets Nollywood’ concepts and specifically casting two people from Cross River State in Turning Point (See links at the end of this post under ‘Awards & Honours’).

The pièce de ré·sis·tance of Egor’s PR career was when she successfully convinced Hollywood Weekly Magazine in May 2012 to feature 4 of E4PR’s clients, Desmond Elliott, Monalisa Chinda, Jackie Appiah and Joseph Benjamin on their cover. It was not an easy feat, as Hollywood Weekly had never heard of Nollywood prior to Egor approaching them. Egor also provided Hollywood Weekly with a 5 page detailed profile of each of the stars and an interview for their inside feature. The Nigerian and Ghanaian press, agog to see what this unusual liaison would yield, went spare with the news which led to a lucrative deal with Digital Satellite Television (DSTV) who used the cover image to open their GOtv channel and to advertise on BRT buses, billboards and lampposts in Lagos State. Furthermore, Hollywood Weekly, pleased with all the business deals that their relationship with E4PR brought them, signed a deal to collaborate with Egor to promote all her Nollywood/African Entertainment projects. Facilitated again by Egor Efiok, they subsequently honoured Governor Akpabio of Akwa Ibom State, in another edition of their magazine. Please see links below.

Linda Ikeji: Desmond, Monalisa, Jackie And Joe On The Cover Of Hollywood Weekly

Egor also re-branded Oge Okoye by casting her in Turning Point, her first big screen feature, and later on, with a dramatic makeover. This opened doors to her international acting career and she has since covered many magazines. See links below to the photo shoot.

Egor profiled Jackie Appiah and Charlyboy too; see some links below.

Egor also uses her high profile brand/image, complimentary, to support and promote people and projects that she highly respects. Below are two of her firm favourites.

The London Premiere Of Flower Girl

Egor is presently in pre-production of her next movie, Death ATLAS, which is of Paranormal genre. The film will be directed by Frank Adekunle Macaulay.

Egor is the president of Professional Filmmakers Of Nigeria (PFN) and is Hollywood Weekly Magazine Film Festival’s Only Nigerian Award Of Excellence Recipient. The honour was bestowed on her on 1st November, 2015 in Los Angeles and was witnessed by Governor Ambode of Lagos State who supports her project, PFN.

Egor was appointed matron for Ambassadors For Enterprise (AFE) in January 2016 along with Nuhu Kwajafa and Igho Sanomi, who were also appointed patron and grand patron, respectively; she was honoured with a Special Achievement Award by the NMA in conjunction with PMAN and Palmary Cruise aboard the Costa Fortuna cruise ship in April 2015.

On 21st May 2016, Egor Efiok was appointed Director General of Callywood Studios by His Excellency Senator Professor Ben Ayade, the Executive Governor of Cross River State. Click here and check @egorefiokladyboss on Instagram to view some of Egor’s work at Callywood Studios.